“Evolve or die” may sound harsh, but it’s the reality for restaurants wanting to compete with an increasingly saturated market of food options for diners on the go. As mentioned in our response to the most recent Piper Jaffray survey, QSR brands are overtaking full-service restaurants in popularity with Gen Z—due to a proliferation of QSR options, and a demand for more grab-and-go options for young people who prefer to take their meals back to their dorm, office or classroom. While QSR brands are already well versed at being fast and efficient, brands that consider themselves to be “fast-casual restaurants” still have a thing or two to learn from fast food brands.

The race to adapt

In an article from Nation’s Restaurant News on the evolution of fast casual, Andrew Gruel, founder of Slapfish—an emerging 15-unit concept from Southern California—discusses the race, and struggle, for fast-casual dining to adapt to be more like fast food. Slapfish started off as a food truck concept in 2012, and soon developed a strong following that prompted them to open their first brick and mortar location. In “Fast casual’s answer to slower growth? Be more like quick service,” Gruel tells senior editor Nancy Luna that the process forced them to rethink their operations and cut back on expensive design elements in an attempt to focus on speed and convenience.

Grappling with the “f-word”

The question then becomes, “Is fast casual truly evolving?” when this category of restaurants that wanted to distance themselves from the connotations associated with “fast food” may actually be returning to their quick-service roots––perhaps by force, if not by choice. After all, it wasn’t that long ago that ” the F word” was a dirty word thought to be reserved for those Golden Arches and the like. However, times have changed and this new generation doesn’t seem to have the same negative perceptions toward fast food that their predecessors once did, and perhaps in some ways still do. In appealing to this new customer group, the restaurants that once looked a lot like fast food but didn’t want to be called “fast food” are having a “back to basics” renaissance–cutting back on the bells and whistles and focusing on what Gen Z seems to prioritize above all else: Value. 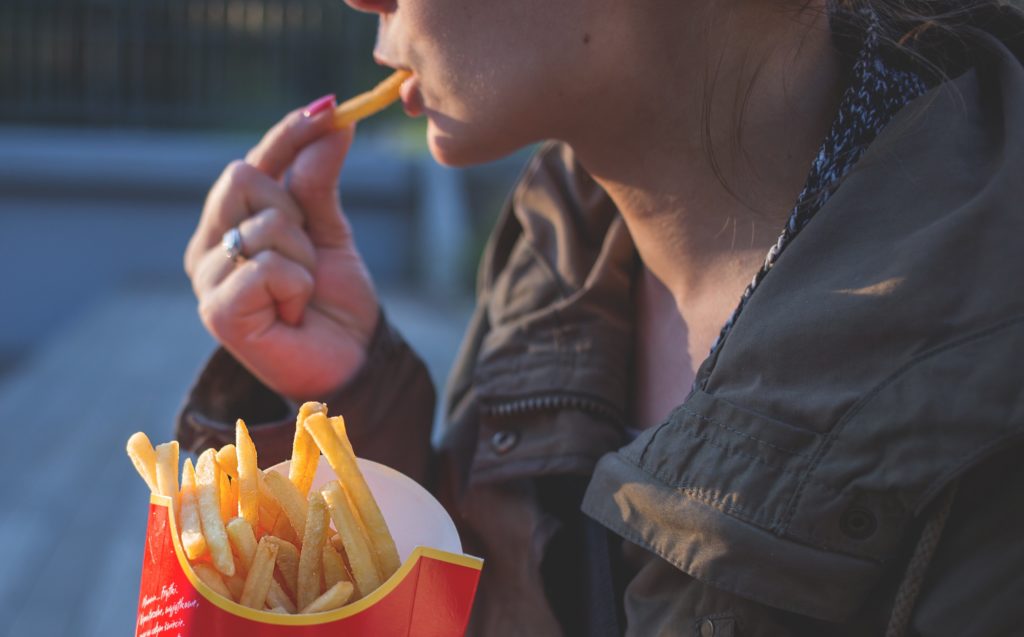 While dining in isn’t completely a thing of the past (yet), today’s consumers prioritize fast service over in-house amenities—but that doesn’t mean brands should abandon their core values, or put speed above quality and customer service. “Just because someone has a busy lifestyle, doesn’t mean we can’t honor that core value—hospitality,” said Matt Eisenacher, chief concept officer at Piada. Italian chains such as Fazoli’s and Piada traditionally operate restaurants as large as 2,500 to 3,000 square feet, but Eisenacher confirmed with NRN that Piada is looking to downsize into smaller footprints that allow them to focus on speeding up their throughput times for the increasing number of customers who prefer “grab and go.”

Eisenacher emphasizes that brands don’t necessarily have to choose between convenience and hospitality, but Russ Bendel, CEO of The Habit Restaurants Inc., says that “convenience with the consumer today trumps everything”—citing the “Amazon effect” as a factor. Without a doubt, Amazon’s influence on retail and dining has certainly forced retailers and restaurants to re-strategize and get creative about ways to get their product in the hands in their customers faster. Cutting down on dining room space and encouraging online ordering allows brands to utilize real estate for bigger kitchens, more pickup shelves, and second make lines—which not only helps speed up service, but also reduces stress on employees juggling both off-premise and dining-in orders simultaneously.

Amazon’s impact on retail and food service isn’t just felt on the street—it’s felt on college campuses too, and maybe even more so. It is true that students still need and want space for studying and meeting up with friends, but today’s young adults are also used to instant gratification and dining on the go—making both speed, as well as a variety of grab and go options, top priority.

Students have always been mobile, having to hurry from class to class throughout the day, and campus dining programs have adapted to cater to their needs as a result, but current college students—predominantly members of Generation Z, are forcing dining administrators to adapt even further. Gen Z has grown up with technology that enables them to order products with a click of the button in the palm of their hand— and oftentimes they receive that product on the same day they ordered it. This brings us to what we at OCB like to call Retail 2.0—an era in which we see campus dining programs investing more in adaptable, technologically savvy brands that can prove that speed and efficiency is their “bread and butter,” and that they are flexible enough to conform to the unique needs of each school while operating within a small footprint.