To Deliver or Not to Deliver: What Every Brand Needs to Consider

Nowadays, you can have everything from groceries to yoga pants (thanks, Postmates!) delivered straight to your door within an hour––but as it stands, delivery doesn’t work for everything. Case in point: no one wants soggy fries served to them 30 min. after they have left the fryer. 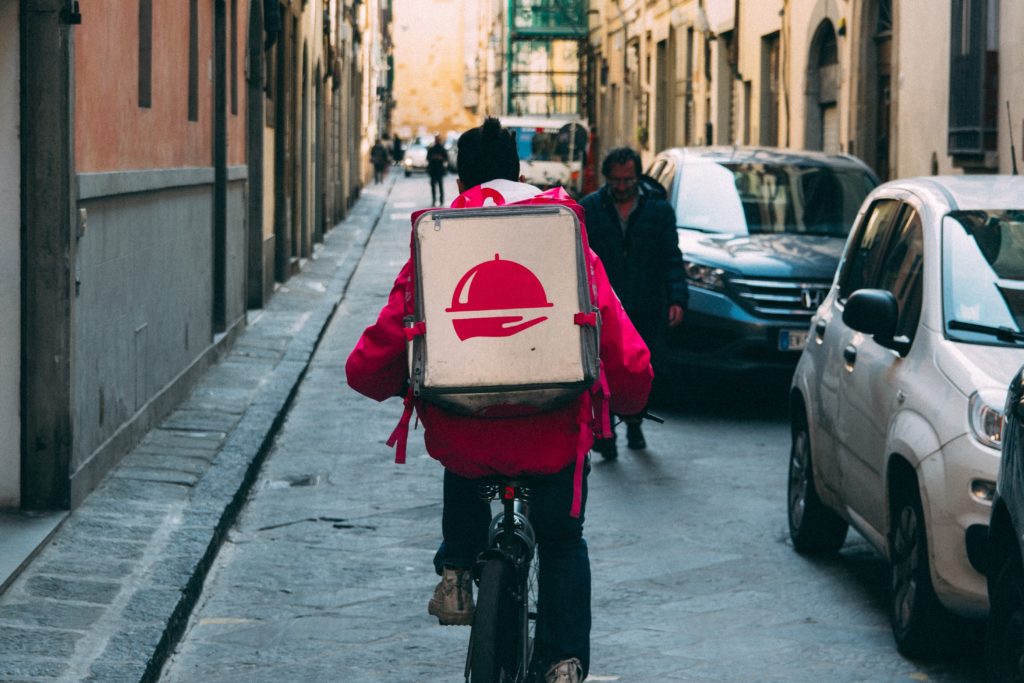 This presents a challenging and potentially lucrative opportunity for innovators who are hard at work figuring out solutions to the soggy fry dilemma in an attempt to keep up with the demands of Gen Z. Jamie Richardson, a spokesperson for White Castle, even went as far as to suggest to the Wall Street Journal that third-party delivery companies such as Grubhub may invent a deep fryer for the car. Customers “expect no barriers to get what they want when they want,” he said. While Richardson’s statement about cars equipped with fryers might sound outlandish to some, it’s no laughing matter to brands putting their reputation on the line when they open their doors to third-party delivery providers.

Have food, will travel

As Deb Dihel, Lamb Weston’s vice president of innovation described it to the New York Times, “If you put a French fry next to a shake, neither of them benefit.” Lamb Weston, the company behind the fries you’ll find at restaurants like McDonald’s and KFC, is trying to change the delivery game with a new French fry batter that keeps fries crispy for 12 minutes; however, that typically wouldn’t buy enough time for delivery drivers to make it from Point A to Point B.

With all of this talk of delivery innovation, it’s important to consider when and if the pendulum may swing away from the resurgence of the “cocooning” trend that Millennials brought back from the 1980s. After all, it can be argued that some food is worth venturing outside for. At least that’s what President Obama must have thought when he made the trip to Five Guys after they refused delivery to the White House and hung a giant banner on their Arlington store reading “Absolutely no deliveries.”

Five Guys founder Jerry Murrell didn’t mince words when he told QSR in 2011 that he believed delivery “cheapens the product”––going as far as to say that businesses with delivery signs in their windows “may be in trouble.” The hard-nosed stance on delivery at Five Guys reportedly caused sales at their Arlington location to go up by 20%, but as it stands today the brand’s products now appear to be available for delivery via third-party providers such as Grubhub and UberEats. 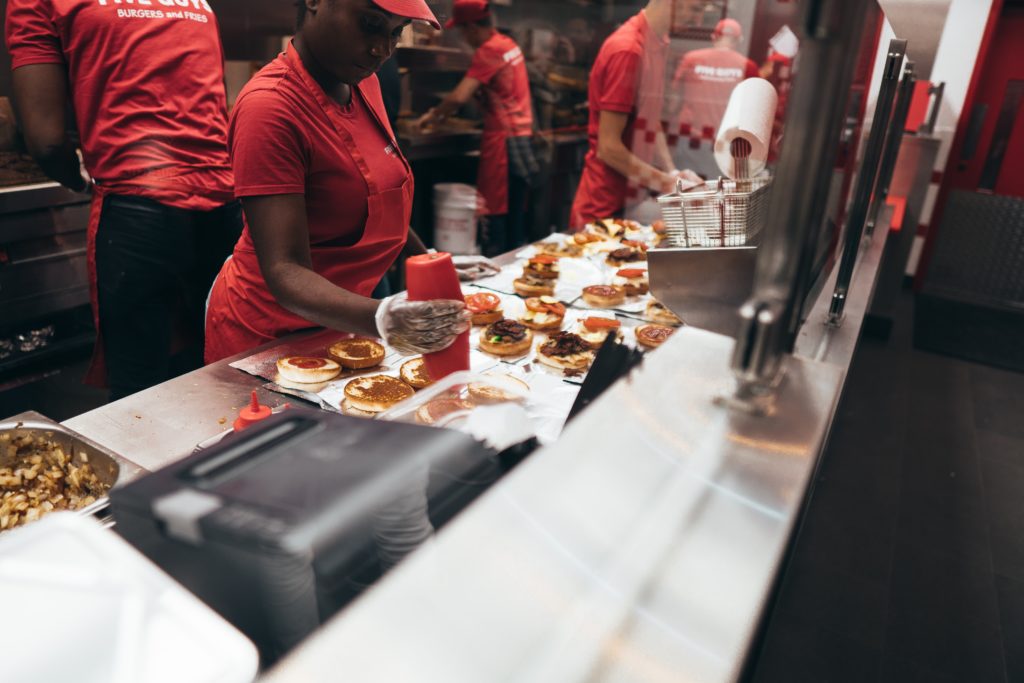 Five Guys isn’t the only burger brand concerned about the impact of delivery on consumer perceptions. Shake Shack CFO Tara Comonte told investors at a conference in November 2018. “We do not want at any point in time to risk the quality of the experience we provide,” she said. “The delivery of our food does not necessarily fit with a great experience. Burgers and fries and shakes were not intended to be eaten a half-hour after they were cooked.”

While Shake Shack is working to figure out packaging that may help keep their product fresher during its delivery journey, some companies like Darden aren’t budging despite the demand. Their brand Olive Garden continues to limit out-of-restaurant service to takeout and catering on orders of over $100, pointing to the 20 to 30 percent cut that companies like Uber Eats take as a deterrent for using third-party delivery companies, in addition to having to hand over too much customer data.

With that said, does it make financial sense for every brand to hop on the delivery train? For certain segments, delivery is not a question. Foods like pizza are made to travel well, and even Blaze who up until recently only offered dine-in and take-out is now testing delivery with the help of Postmates. For everyone else, the question remains up in the air.